Study: Impact of Hirst Decision Will Have Far-Reaching Implications on State’s Economy

On October 6, 2016, the Washington State Supreme Court ruled in the so-called “Hirst” case. The implications of this decision have the potential of eliminating all or nearly all new household or exempt wells in rural Washington.

During the 2017 legislative sessions, press conferences of all four corners (both caucuses in both houses) and the Governor’s office repeatedly told the press there would be a Hirst fix, yet it didn’t get done. BIAW commissioned HR2 Research and Analytics to examine the economic impacts resulting from the Court’s decision. The results from the study reveal a significant impact to rural communities and residents as well as other parts of Washington state:

The HR2 report indicates that the Hirst decision will have exponential and far-reaching impacts in Washington state, with large effects and costs to rural communities.

Several state lawmakers are voicing their desire to overturn a state Supreme Court water-rights decision after a study released by the Building Industry Association of Washington estimated that the Hirst decision would cost the state $6.9 billion annually in lost economic activity.

The decision makes it difficult and costly for rural and suburban property owners to get permits for new wells, lawmakers have said. The ruling essentially placed the burden of water availability studies on local jurisdictions and property owners. Previously, Department of Ecology data could be used to determine water availability. END_OF_DOCUMENT_TOKEN_TO_BE_REPLACED

Former Washingon Gov. Dan Evans calls on the governor and Legislature to, finally, pass a capital budget and a fix for the state Supreme Court’s Hirst decision, which has halted development in some rural areas.

By Daniel J. Evans
Special to The Times

It’s time for Gov. Jay Inslee, together with Republicans and Democrats in both houses of the Legislature, to put partisanship aside and solve two pressing problems. Washington state needs a capital budget and a fix to the state Supreme Court’s Hirst decision, which has impacted homebuilding in rural areas.

As construction costs rise, every day that goes by without passage of the state’s capital budget means that taxpayers will pay more for building schools and other projects, and it means that needed construction is delayed.

Equally important is modification of the law in response to the Hirst decision. Hirst will shatter the American dream for some Washington state families because they may not be able to obtain water on the properties they purchased unless the Legislature enacts a solution to that decision.

A recent study by the Building Industry Association of Washington suggested that $6.9 billion in economic growth every year will be lost if the Hirst decision stands. Even if the assumptions in the analysis are exaggerated, and the court decision costs the state only $3 billion annually in economic activity, would that be acceptable? Of course not, especially in rural areas that are desperate for an economic boost. END_OF_DOCUMENT_TOKEN_TO_BE_REPLACED 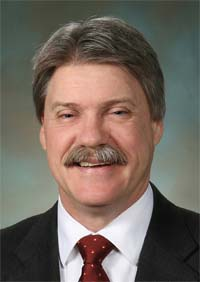 Senator Tim Sheldon of the 35th District will be meeting with KAPO members and others for dinner starting at 5:00 PM to 7:00 PM on Aug 31, 2017 at McCloud’s, Grill House, 2901 Perry Ave. Bremerton, WA. 98310.  Senator Sheldon will be sharing his thoughts on the Hirt’s Decision. (this is a fight to the finish for rural water rights).  He also has his views on budgets, taxes, school funding and environmental issues of the State.

There is no RSVP required.  Just bring yourself and your Questions and stay for dinner.  Contact Jackie at (360) 990-1088 for more information. KAPO is a nonpartisan 501 C3 organization  protecting individual property rights in Kitsap County.

The Pain and Dubiety of Hirst

The Supreme Court’s erroneous decision in Hirst http://www.courts.wa.gov/opinions/pdf/914753.pdf  has been a lesson in pain demonstrating poor judicial decision making can cause a web of unintended punishments that go far beyond what is possibly the original intent.  Yes, the environmental cartel’s (tribes, futurewise, agencies, and uncaring politicians) dreamed of result of halting growth in rural Washington was acheived.  And those who stand to profit from the improper route of regulatory legislation from the bench will feel no pain. http://proprights.org/blog/stealing-our-water-one-lawsuit-time-hirst-heist-and-our-diminishing-legislature Yet this decision has caused suburban and rural Washingtonians to doubt the integrity and functionality of our system of governance, spurring a close look at how such a result can come about that has been instructive to those paying attention. END_OF_DOCUMENT_TOKEN_TO_BE_REPLACED

Too many Washington families are caught in a judicial and bureaucratic limbo thanks to the state Supreme Court’s Hirst decision. The case is about so much more than water – it’s about, as Madilynne Clark of the Washington Policy Center wrote, “two of the most fundamental necessities – homes and livelihoods.”

The court’s decision has left some families stuck. They’re unable to build on property that they bought before the decision, when new homes had the green light. That’s a big hit to rural economies. The Spokesman-Review noted, “People who purchased property under the old rules now face the prospect of not being able to build on it. Plummeting property values would also impact builders, lenders and county tax collections.”

END_OF_DOCUMENT_TOKEN_TO_BE_REPLACED

A bill to reopen rural Washington to new household wells didn’t make Inslee’s list of legislative priorities for the final weeks of this year’s session.

OLYMPIA — Gov. Jay Inslee outlined his legislative priorities Thursday for the last weeks of the session, a list that doesn’t include responding to the state Supreme Court decision that has closed rural Washington to new domestic wells.

“I think it would be most helpful in many, many places to find some solution to it, but it is not as important as funding the McCleary decision,” said Inslee, referring to the court’s order to spend more on education.

Senate Republicans say they want to address this year both McLeary and the Hirst decision. The 6-3 ruling in October will require individual property owners to prove their well won’t draw water from existing uses. Dissenting justices said the decision puts a massive and likely insurmountable burden on people applying for a building permit. END_OF_DOCUMENT_TOKEN_TO_BE_REPLACED

In the wake of a recent Washington State Supreme Court ruling, potential homebuilders relying on water from wells would be required to spend tens of thousands of dollars for hydrogeological studies proving compliance with the Growth Management Act (GMA). That’s according to state legislators, realtors, and representatives of county governments and agriculture. Their reaction is to a case which originated in Whatcom County, but has statewide implications.

The Court held that with respect to home sites to be served by wells, Whatcom County’s comprehensive plan does not adequately meet GMA requirements to protect healthy watershed levels, despite following Washington Department of Ecology (DoE) guidelines. This is a reversal from a 2015 Washington Court of Appeals decision, which found the county’s standards passed muster.

According to GMA, Washingtonians cannot build structures relying on water from a well unless they first prove an “adequate water supply.” The DoE allows residents to obtain groundwater permit exemptions, bypassing state-issued water rights, as long as the well draws less than 5,000 gallons of water a day. The Supreme Court determined the county’s allowing of so-called “exempt wells” results in an unregulated reduction in minimum instream flows. END_OF_DOCUMENT_TOKEN_TO_BE_REPLACED

The recent Washington State Supreme Court decision Hirst vs. W. Washington Growth Management Hearings Board (“Hirst”) opens a new offensive against individual property rights and common sense; and it continues the trend of legislative rule making by our Supreme Court, where the Justices have habitually strayed from their judicial role into the realm of policy making from the bench. The ruling is disastrous for property rights, and it is a crowning achievement of  decades of subterfuge by Futurewise (the prime plaintiff in this case, even though they were listed last), who together with like-minded groups, champion never-ending aggression and control of citizens via centralized planning.

To quote from the dissent (written by Justice Stephens): “The majority’s decision hinges on an interpretation of RCW 19.27.097 that is unsupported by the plain language of the statute, precedent, or common sense.” Let’s review the case and how we got here.

What is the Hirst case about?

Water. For decades, various elements of Washington State’s environmental movement have expressed anger and resentment about the potential for people to build homes in rural or suburban settings. The battle-axe used to keep people in line has been, up until Hirst, the Growth Management Act (GMA), which was passed, appropriately, on April Fool’s Day, 1990. The GMA had three effects. First, it set up a system of order and control for housing and development. Second, it established a revenue generation system for local government to maintain and enforce control. Third, it provided attachment points for environmental groups to litigate in order to maintain and expand government control over the most basic needs of the masses (i.e., housing). Ostensibly, the GMA was to benefit individuals by preventing urban sprawl, but in reality, only government benefited via increased control, by the addition of new revenue streams, and by providing backdoors for the government’s environmental allies to beat down citizens ever more. The current litigation leader in Washington State is a corporate “non-profit” called Futurewise, which is a rebranded version of an earlier organization called 1000 Friends of Washington. Those who have suffered at the hands of this organization call it “Future Lies.”

One of the most significant, but subtle, aspects of the GMA is that it introduced a whole new logic for control – that the government could, and should, manage all aspects regarding the housing of the masses. Whole new government bureaucracies were built from the ground up on the backs of individuals, a system that affects every hill and dale throughout all municipalities in the state of Washington.

Now Hirst has done the same for water. It establishes an entirely new logic for government control over the most basic needs of the masses (i.e., water). You, as an individual, are no longer entitled to water unless you meet certain (virtually impossible to meet) conditions. Hirst affects all new wells and related development, and it may also affect existing wells and water users. Like the GMA, its effects will be felt in every nook and cranny of the state. END_OF_DOCUMENT_TOKEN_TO_BE_REPLACED